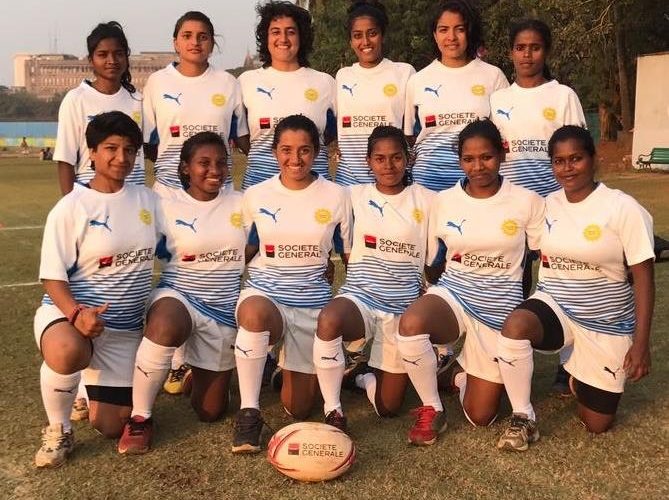 Indian Women Rugby Team Not Allowed to Participate in Asian Games. Why We Need to Talk About This

Despite good performance, Indian Women Rugby Team has been excluded from the final contingent that will attend the Asian Games 2018 in Indonesia. Lack of funds, unclear selection criteria, and other internal issues cost this talented team their chance to perform at an international level.

Indian Women Rugby Team was at preparatory camp in Kolkata, all set to represent the country at the Asian Games, 2018 when they found out they were not allowed to participate in the games.

The team had performed well in the past and had qualified to be part of the games.

Despite meeting the criteria, the rugby team is left out from the 523-member contingent that Indian Olympic Association (IOA) cleared for participation in the games. The Asian Games are scheduled from August 18 to September 2 in Indonesia.

The 12-member rugby team comes from different parts of India. From a girl coming from tribal community from Orissa to a player from a family of tea planters of West Bengal, the team has a diverse group of enthusiastic girls who had set their hearts on the tournament.

“A lot of our players have quit their jobs, they have put in years of hard work for an opportunity like this. And taking away this chance despite team’s good performance is very disheartening,” said Neha Pardeshi, captain, Indian National Rugby Team.

Why is the team not going?

The IOA criteria for individual and team sports is a top-six and top-eight finish respectively at the previous Asian Games or recent Asian competitions.

The team won silver at the Asian Rugby Sevens in Vientiane in February last year and was invited to participate in the Asian Series, which features the top eight sides.

Due to lack of funds, Indian Rugby team was not sent to participate in the Asian Series and their slot went to some other team. This lack of participation pushed them to the ninth slot. They did not get a chance to play a game which would give them the 8th position.

IOA refused to send the team to the Asian Games stating that they were not in the top eight, hence not qualified.

“Participating in the Asian Series would have given the team a spot in top eight. We had spoken about this to IOA and they agreed to send the team to the 2018 games. The documentation was done, papers were filed, the team was even sent to Kolkata for the preparatory camp. At the end moment, we found out that the team has been excluded from the final list. We found this via a public press release. The IOA did not inform us about this previously,” said Nasser Hussain, coach, Indian Rugby Women team.

It is not the first time that the team was denied a participation. The Indian rugby teams *both men and women) were not allowed to travel for the Incheon Games despite meeting the requisite selection criteria for the 2014 Games.

No clarity on the selection

“We respect the rules and criteria but they need to be clear. There has to be a detailed information on what exactly the criteria are. Many teams are part of the current contingent in spite of not meeting the criteria. There is no uniformity,” Hussain further added.

In fact, many sports which are not even recognized by the Sports Ministry, have made it to the 2018 contingent. One of the teams last performance was two years ago, on basis of which they have been selected in the current contingent.

Indian Women Rugby team has consistently performed well in past years. The under 17 team stood at the 4th position at the Youth Olympics in 2017. The team even defeated a stronger team of Hongkong.

There are no answers yet on why the rugby team was approved for a preparatory camp if there was no intention of sending them to the games.

“We have been practicing for many years now. Being part of the 2018 games was a huge deal for all of us. The girls have sacrificed a lot for this tournament. We had to choose between our jobs and games and we chose the games. This is extremely heartbreaking for us,” said Pardeshi.

“Participating in such games would also give them international exposure, which is extremely important for the team’s improvement. We all are very upset right now,” said Hussain.

Pardeshi and other girls are setting their eyes on the next big tournament. “Our spirits are currently down but we don’t want to affect our future goals. We are practicing hard for Asian Trophy scheduled in October 2018,” she said.

The first time the team got an Asian Games entry was in 2006 and the Indian Rugby Football Union ended up paying for the trip from its own pocket.

What next and What you can do?

With very little support from the ministry and lack of awareness, the Rugby team has been trying to spread the word through an online petition. However, nothing has worked out in their favour so far. With only a few days to go for the games, there is almost no possibility for them to still be part of the final contingent.

“All we want now is to spread awareness. There has to be a detailed and transparent selection process so that we don’t suffer like this in future,” said Hussain.

How do we ensure that the team does not face a similar fate in future? Why a credible and talented team stopped from playing due to lack of funds? Why can’t government afford travel of a small team of 12 members?

Do we need a policy or system in place so that teams like this do not suffer? Although the 2018 Asian Games are just around the corner and chances are minimal, but can we still do anything about it?

Tag the ministry, influencers and other people across different sports and keep the momentum going. Let’s spread more awareness. Let this not be the end of the story! 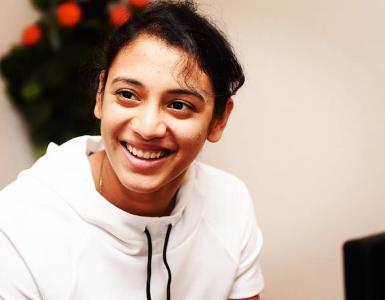 Smriti Mandhana, a 22-years-old young cricketer has created history and paved path for many young cricketers by being recognised as Women Cricketer of the year by ICC.