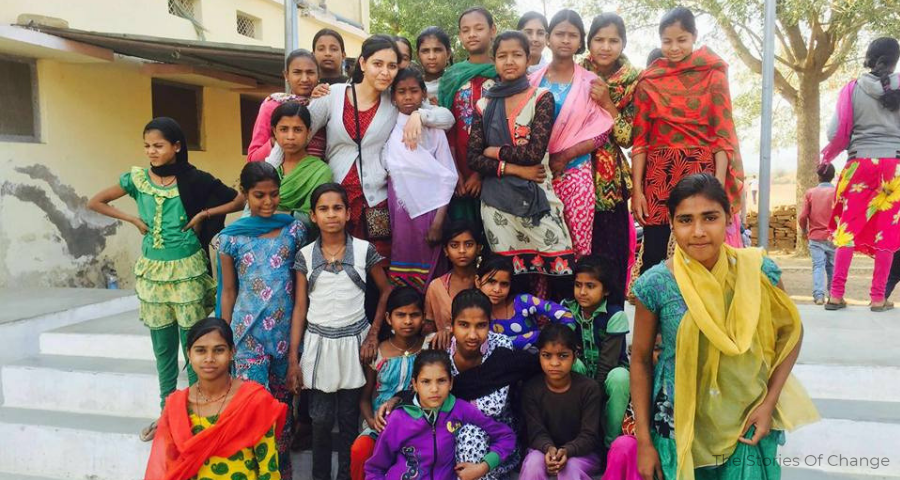 It was the year 2015 when Priyanka Sheoran, a 25-year-old woman from Delhi visited a village in Central India while working with an NGO.

During one of her site visits, Priyanka saw a male teacher touching a young girl inappropriately. She wondered whether the girls have an understanding of good and bad touch.

“How do they feel when they are touched in an inappropriate manner, do they discuss it with someone, do they have such a space of open sharing and getting support?” Priyanka thought.

These worries led her to conduct a gender sensitization workshop for four days for the girls. After that, she kept organizing small groups based discussions with young girls.

She also met several tribal children and spent a lot of time knowing about their life. One thing that stood out the most for her was the fact that all the male children would engage in playing cricket every day, while the girls would stand in the corner.

She wondered why no girl was taking part in the sport. “I consulted with the girls to get their views and realized that no one ever asked them about their choice when it comes to sports,” Priyanka shared.

These small incidents left a deep impact on Priyanka and she decided to develop safe spaces for women and young girls where they can share their life experiences, challenges and take on new leadership roles.

She launched BAYA (Be As You Are) initiative to help young women move out of their comfort zones and achieve things that they never thought they could do. Through BAYA she wants to provide a holistic support system for the women in need.

“Young women in India are overprotected by the families because of the fear of getting sexually assaulted or raped. I aim to create the awareness in the society that overprotection is not the solution because women should be empowered to handle tough situations on their own,” Priyanka said.

According to the statistics published by MOSPI, Government of India, in 2011, 27.3 percent of the total population is young females, between the age group 15-29 years (Youth as defined in National Youth Policy 2014). These young women, if provided support in building their self-confidence can excel in their endeavors, making India a better country in terms of overall gender equality in the country.

Recently, when the MeToo movement came in the limelight in India, we heard several stories of assault faced by women across the nation. However, with time, this noise became dull and stopped making the news. These were just a handful of stories out of a huge population of women in India.

More than 99 percent of rape and sexual assault cases in India go unreported because families don’t want to come in public. It is extremely hard for the women to open up in a society where victim-shaming and blaming is a norm.

After reading more about the issue, Priyanka became sure of the need to establish safe spaces for women where they can openly share their life stories, their experiences and get support from each other. She wanted to bring professional women on board so that they can provide emotional and legal support to other women in need.

BAYA aims to create such support networks through travel programs exclusively for women.

“Travelling, in my opinion, and experience has remained a powerful mean for my self-empowerment. It provided me the opportunities to break out of the social responsibilities. It helped me to connect with my inner self. Also, travelling solo across India in the past few years has helped me in encountering and overcoming my fears,” Priyanka said.

The travel-based program will help young women to disconnect with their restrictive social surroundings for a while and help them to connect with themselves for their self-empowerment. It will provide the opportunity to open up about their life experiences and learn from each other’s experiences.

The journey hasn’t been easy so far. The biggest challenge has been to make women come out of their comfort zones. BAYA aims at the women in the age group os 18-25. Since most women in this age group are not financially independent, they are unable to pay for this experience and it becomes difficult to fund the travel program.

In the next five years, Priyanka plans to organize 20 self-empowerment programs impacting the lives of at least 500 young women who also get lifetime mentorship support from BAYA’s network.

Priyanka is now raising funds to move forward in her journey. She is going on a 15-day long journey to meet different role models, make networks and learn from the change-makers across India. She will be capturing powerful stories for BAYA and will me meeting other women throughout the journey.

She needs your support to embark upon this journey. She has started a crowdfunding campaign. The funds will be used to pay for this 15-day program and bring out 10 stories of inspirational change makers. 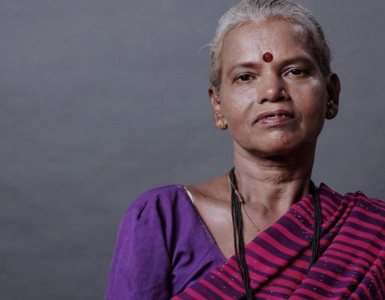