Finding Stories of the Incurable

Huntington’s disease, a rare, incurable disorder has affected many lives. Twenty-five-year-old Megha Bhaduri suffers from it too, just like her father and grandfather.

Huntington’s, an inherited, incurable disease that causes the continuous breakdown of the nerve cells in the brain. It’s a disorder that haunts people due to its mass stigmatization that even stops people from getting tested.

Megha Bhaduri, a 25 year old filmmaker, suffering from the same has also lost her father and grandfather due to this.

“My grandfather died just four days before I was born. But, I have seen my father. For me, he was always someone who was not normal,” said Megha.

Considered to be a rare yet acute disease, Huntington’s is something no one really talks about. A disease that no one wants to share or bring forth during a conversation. Most people or families going through this apathy rather feel ashamed of it.

“In an orthodox societies, like ours, people don’t openly talk about diseases,” she said.

A student from Savannah College of Art & Design, Atlanta, Megha is currently working on a film in India on the same disease.

“I chose to make this documentary as it is close to my heart. My father had the disease, I have it too. I wanted to find more families going through the same and understand their lives living with an incurable disorder,” said Megha

“My family never told me about my father’s condition. I googled about it with his symptoms, during my teens and got to know about it. My father was never tested either. I am the first one from my family to get tested for Huntington’s,” she said.

The first conversation that she ever had about the disease, with her family, was only after she turned 21. None of the family members, who had been affected by this disorder, were ever clinically tested for it. This, very well, shows the lack of awareness about the disease among people.

Sunil resides in the small town of Hassan, Karnataka and lives with his mother, and his younger brother, Bharath, who is affected with Juvenile Huntington’s. In the past, three members of Sunil’s family have committed suicide due to the stigma they faced from the disease.  has not tested and chooses not to.

Sri Harika’s mother, grandfather and grand-aunt had Huntington’s. Harika grew up traumatised with an ugly relationship with her mother, not understanding why she was different. In a small village near her hometown, families with such diseases are locked away in dark rooms.

The beginning of Piano Fingers

Being a curious teen, Megha wanted to get tested for the disease. this very curiosity led towards the making of her documentary, Piano Fingers.

This documentary predominantly tracks the lives of the people affected and their day to day lifestyle. The family members of such patients are also the ones severely affected. There are many people in this world, who have been living with people suffering from the disease for generations.

“There was this instance when my father shut his room door and would not open it for hours. He was looking at a calendar on the wall and marking dates off, the whole time. My grandmother had gone to open the door, probably to give his medicines, when she was showered with abuses and a lot of screaming. She completely broke down. But we couldn’t blame him, he could not control what he was doing,” remembered Megha.

Megha isn’t very much concerned about what the future holds for her, in relation to the disorder. “I take every day as it comes. as I already know how it’s going to be, my family or I do not bother much about it.”

Megha has been campaigning on a crowdfunding platform, Wishberry to raise money for the cause

. “I want people to know about it, talk about it and acknowledge that such a thing exists and there’s nothing to be ashamed of.”

She believes this film is not just about Huntington’s but about understanding perspectives, which can help anyone who has dealt with something incurable, and not feel different in a stringent society.

To be a part of this campaign and contribute your share to a cause so important, visit Wishberry.

A Short Term Solution for a Long Term Problem

Thousands of villagers in rural Madhya Pradesh wait every day for a small mobile medical van to visit their area. That’s their only hope for affordable healthcare services. Dr Gohe, the only doctor in the area, is... 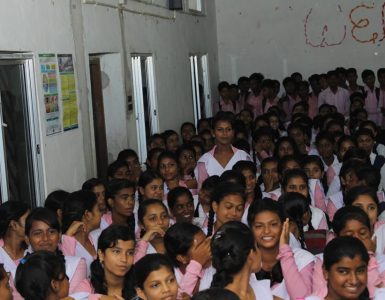 Destroying Taboos in Rural West Bengal, One Pad at a Time

When Sayak Banerjee realised the challenges young schoolgirls face during menstruation in his town, he decided to make things healthier and simpler for them. He brought over 1,000 people together to raise funds for... 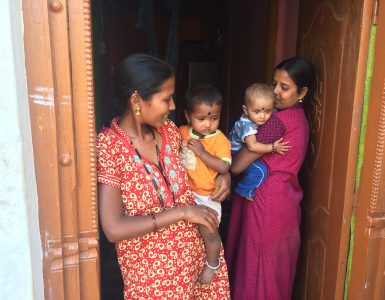 In a region, which had the highest maternal mortality rate in India, one district is witnessing zero maternal deaths and healthy infants. Read emotional journeys of the mothers and how this change happened.