The Farmers March Again. When Will the Government Hear?

Farmers from all over the country have gathered again in Delhi, waiting for the government to look at them and hoping for some relief and permanent solution to their woes. Our exclusive report on the recent farmers’ rally, Kisan Mukti march, in Delhi.

Agriculture and it’s allied service is the largest source of livelihood in India. It accounts for 17 percent of the GDP. India is often called as a nation of kisans (farmers). But, farmers are not even able to meet their basic needs. The agrarian crisis has forced kisaan to come out on the streets in hope to find a permanent solution.

The past three attempts in the last one year failed but left them more motivated to start the fourth one.
Farmers from across the country started the Kisan Mukti March from different corners of Delhi- Anand Vihar, Bijwasan, Majnu ka Tila, Nizamuddin and converged at Ramlila ground.

Making a journey of 2,500 kms, farmers from Manipur complained about feeling neglected.

“We don’t get enough information about various schemes related to farmers. Many of us don’t even have a Kisan Credit Card to take loans,” said Ashibam Bhegya Chandra Singh a farmer from Imphal east, Manipur.

Kailash Chand a farmer from Pilibhit district of Uttar Pradesh had an outstanding payment of Rs 50,000 from sugarcane factories since March. Many other farmers from Uttar Pradesh also shared the same plight. Both government and private mills have delayed payments of farmers. Uttar Pradesh sugarcane minister in a letter to State Assembly mentioned farmers pending payment from sugar cane mills to be Rs 10,622 crores in 2017.

Falling prices of milk in Punjab

Farmers from Punjab were worried about the fallen prices of milk.

“A bottle of water bottle sells for Rs. 20 and we have to sell one-litre milk at 18 to 20 rupees,” said Natha Singh a farmer from Mansa, Punjab.

Ram Kumar, a farmer from Jehanabad, Bihar went to a bank to take a loan of Rs. three lakhs to buy a tractor. After all the paperwork, the staff there told him to deposit Rs one lakh stating that it is a normal procedure. When he refused to do so, the bank staff told him that he has to do it anyhow as the loan has been sanctioned. He then had to sell his land to deposit that money. In addition, the bank also kept his seven acres of land as security against the loan. The bank had an understanding with a private company that manufactured tractors. The tractor was bought from that company and delivered to Ram Kumar. However, the bank then told Ram Kumar that the tractor prices have increased and he will have to repay Rs four lakhs to the bank.

This is a reality for many farmers in our country. They are getting stuck between the corrupt nexus of banks and private companies. Many farmers told The Stories of Change (TSOC) about the failures of Pradhan Mantri Bima Yojna and how bank staff was enrolling them.

A very ambitious scheme started by Narendra Modi government in 2015 brought hope in farmers to get their crops insured. But the scheme came out to be a failure. As per an RTI reply, more than 84 lakh farmers who insured their crops withdrew themselves in 2017-2018. A CAIG report also shows the lack of redressal mechanism in the scheme.

“ I went to a bank to take a loan of Rs 40, 000. The bank staff forced me to get enrolled in the Bima scheme and sign the papers. The loan of Rs 40 thousand for which I filled the paper work came out to be of Rs 30,000 as the staff told me that the rest of the money was cut into premium of that scheme. And this year all most 50 percent of crops got damaged due to shortage of water and no compensation was given to me. I ran from banks to tehsil office but there is no one to address my complain.”

Irrigation is becoming a herculean task due to the decrease in rainfall. Farmers from UP, Karnataka, Orissa and other states complained about the lack of rainfall and decreasing level of groundwater. Due to the lack of rainfall, farmers started using borewell to dig water from the ground. After years of such practice, groundwater has now vanished and farmers are left with no way to irrigate their field.

(“We are eight people and we have hired a car to come here. Every day, the car’s rent is increasing. We are hoping that Narendra Modi will come to Ramlila Ground to talk to us about Loan waivers.”)

However, farmers hopes shattered as no leader from the ruling party came to address their distress. Prime Minister Narendra Modi was in Argentina attending the G20 summit and the minister of Agriculture, Radha Mohan Singh was in Chhattisgarh claiming to increase the agriculture growth by four percent.

What are the farmers’ demands?

While addressing the farmers’ march on November 30 Rahul Gandhi in his speech said: “If the loan of industrialist could be waived off then the debt of farmers should be waived off too.” Most of the farmers have been protesting for years demanding loan waiver. A majority of them whom we talked had a loan exceeding Rs one Lakh. The issue of loan waivers is pending now for years. Till 2016, outstanding farmers loan was Rs 13 lakh and is expected to grow at 40 billion dollars in 2019.

Implementation Of C2 plus 50 formula

It was the formula present on most on the farmers’ lips according to which they should be getting 50 percent more than their cost of production. The Swami Nathan report was first submitted to parliament in 2004. Fourteen years down the lane, there has been no advancement regarding that in the parliament.

21 days session at parliament to discuss the agrarian crisis.

The crisis that farmers are facing is huge and would take a lot of time to even discuss. So the demand for a 21-day parliament session seems very reasonable. Farmers are the backbone of our countries and their distress should be listened by our policymakers.

“Let farmers speak about their distress at the parliament,” said P Sainath in his speech.

Loan waivers and increasing minimum support prices (msp) are populist moves, but not a permanent solution to the agrarian crisis that our country is facing. After 70 years of independent, the farmers still remain trapped. We have failed to make agriculture economically viable. Loan waivers would help the farmers to remove some baggage off their shoulders and reduce their distress, but it cannot be termed as a permanent solution.

The government should focus on procurement and Public Distribution System. Till date, we have failed to build an agriculture infrastructure. If a village is getting a good production of potatoes then the government should build a storage facility suitable for potatoes in that village.

Crop insurance schemes could be very useful to farmers if implemented properly. It provides an assurance to farmers, which could reduce their stress and increase productivity.

Irrigation is one of the largest issues that our farmers are facing. So it becomes essential for the government of the day to prioritise projects, which could lead to better irrigation for farmers

It is high time that we make agrarian crisis as a top priority and make every effort possible to find a permanent solution. 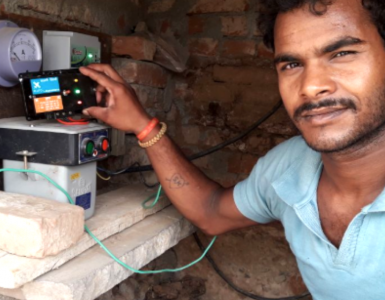 A 19-year-old boy invented a device that has made irrigating farmlands simpler for the Indian farmers. Know all about the unique device and how it has impacted hundreds of farmers. 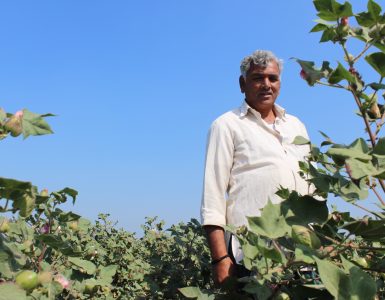 Finance Minister Piyush Goyal announced his first Union Budget on Friday, February 1. Here are all the key announcements made for the farmers. 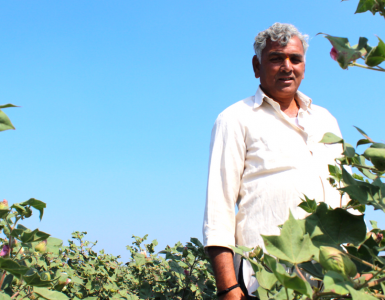 When Farmers of Navalgund Made Profit During A Severe Drought

When farmers of Navalgund, North Karnataka faced a frequent drought and water-less monsoons, they adopted the simple idea of farm pond to irrigate their farms. A simple, quick and sustainable way to store rainwater and...