The Diary of a Muslim Transgender Girl

“I am prescribed hormones for transitioning to femininity. But, I am not taking them. If my family knew they would throw me out. I am stressed and depressed over not taking the hormones.

My inner woman is crying. She wants to be free and I am not freeing her.”

Arina Parmir is a 24-year-old transgender woman from a small village near Murshidabad, West Bengal. Born as a boy named Kabir, Arina always felt a disconnect with her body. “I never was a boy from inside,” she says. As she grew up, she became surer of her gender identity.

She was a girl. She always wanted to be a girl. But it isn’t easy being this way in the remote rural areas of India. Arina has faced abuse since a very young age for being “too feminine for a boy”. Her abuse and harassment increased as she grew older. But there is nothing that can stop her from identifying herself as a girl. Arina maintains a diary where she pours her heart out and shares her inner fears, desires, and tough journey.

Here are a few excerpts from her diary:

I attended my very first gay pride parade this year. At the same time, I had my first laser treatment. The only thing that bothered me through the year was dizziness. I was dizzy all the year.

I am prescribed hormones for transitioning to femininity. But, I am not taking them. If my family knew they would throw me out. I am stressed and depressed over not taking the hormones.

My inner woman is crying. She wants to be free and I am not freeing her.

I am so scared. I don’t have a safe place to start on hormones. But I really want to start. I want to feminize my body. I am so excited to see the effects of the hormone treatment.

I don’t know if I will be able to find some place safe to start transitioning.

It is weird how Indian transsexual women call each other by their male names. I don’t like to be called by my male name. I only use my male name with my family and relatives who are not supportive of my identity.

I had my second laser treatment yesterday. But my hormone tablets are not available. I’ll have to wait a while for the physical part of my transition. It is heartbreaking.

Life is again pushing me hard. My family got a hint that I was getting laser treatments and it made them furious.

My mom thinks I am committing a sin against Allah. I was born a boy. So if I try to alter my body, it’s totally a violation against Allah’s creation. And, Allah will punish me for that. I will meet a tragic death.

I can’t visit my psychiatrist because I have no money left. The laser treatment clinic took it all. Even the 100$ which I had saved.

So, for now, I am focusing on self-help techniques to evaluate my anxiety.

I get panic attacks every day, in the afternoon, and often at night.  I am so very stressed.

There is very real possibility that I will have to leave my house. And I really don’t know where to find safe accommodations where can I complete my transition without hatred and harassment.

Recently I got close to another transgender woman. Every day, she faces violence, physically and mentally. Thinking about her story is increasing my anxiety at an alarming rate.

Please pray for me to have a safe and successful transition.

I am starting my hormone therapy. I am taking an important step to free my inner woman. At this very primary stage of my transition, I am very stressed and filled with doubt. There is a lot of “if” going on my mind. The fear is strongly resisting this attempt to step out of my comfort zone. But I can’t let the fears win this time.

Today is the first day of my second puberty. I am feeling like a 13-year-old girl. Please keep me in your prayers for a new adolescence that is and beautiful and safe.

My fear has come true. I was scared that my acne scar might reappear. And It has. Nothing is working for me. I am really disheartened I’m feeling suicidal.

I am suffering from anxiety. I create many imaginary problems and spend sleepless nights to solve them. I am not crazy. I ask one question, again and again, to make sure I am doing alright. What seems crazy to you is a reassurance to keep me safe. I procrastinate a lot. For me, today is full of chaos and problems. Tomorrow will be perfection. A single trivial incident appears to me as a big disaster.

They have warned me strictly that if I continue they will either throw me out of the house or beat me hard so I can’t go out.

If they throw me out, I have no place to go. I am mentally unstable. That makes it harder to go out and meet the struggles of life.

My mother wishes I was dead. And I wish I was an orphan.

I am not my parents’ possession. They think of me as an investment they made 22 years ago, which should pay some profit now. I am a human with feelings. I will not stand for any sort of abuse, whether it’s emotional or physical.

I shouted back at my parents today.

Someone abused my photo. They made it into a cruel meme. So very cruel. How can people be so cruel?

Today I marked two months on the hormone. The change is coming slowly. My breasts are growing a bit and my skin is a little bit paler. I don’t know when my body will start to match my mind.

I have to cut my hair short because my family doesn’t like my long hair. If I don’t cut my hair they will verbally torture me. They are threatening that soon the verbal abuse will turn into physical abuse if I don’t give up my dream of being a woman.

My family is torturing me. They cut off my general commodities like my ceiling fan and my light. I am fighting against eight angry family members and their mental torture. They mock my talk, my walk, my social anxiety, everything.

Changes of the hormone are completely reversed. Even my boobs shrunk and my shoulders got wider.

I have stopped my MYF transition even though it was going very well. I had to stop it because of high cholesterol and for finical reasons. I had lost skin volume under my nose and the area around my eyes. It had disfigured me.

I had lost skin volume under my nose and the area around my eyes. It had disfigured me.
Whoever is starting the transition, please see an expert endocrinologist and follow only his/her advice.

Most of us pretend to be liberal. But when it comes to understanding hidden disabilities our minds fail us. And most of the time we hurt the person with invisible disabilities in many ways.

We have sympathy for the physically disabled person, but when it comes to mental disability, we quickly judge the person for being ill. We tell them they are not doing enough. We would never tell a man with a broken leg that he is not walking hard enough to fix the broken leg.

I feel accepted and loved when someone says I understand your crippling anxiety.

My gender dysphoria has increased. Depression, Anxiety and suicidal thoughts have also increased. I have applied to the limited university available. Verbal torture of my family has increased. My father and mother have turned into torturers and my sisters join in.

Check out Arina’s blog to read more of her thoughts. If you want to get in touch with Arina, please send us an email and we will connect you with her.

We will be releasing part two of this story shortly. That will reveal Arina’s identity, will cover her life, her journey, what she is doing now and how she is conquering her life in spite of many challenges. Stay tuned. 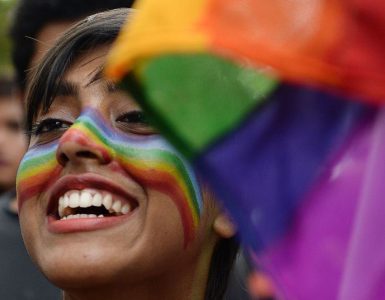 Love is Love: Section 377, the Long Battle and the Final Victory

The Supreme Court decriminalised the 158-year-old colonial law against homosexuality on September 6, 2018. Section 377 was finally read down by the Supreme Court after a long battle. Here is all you need to know about... 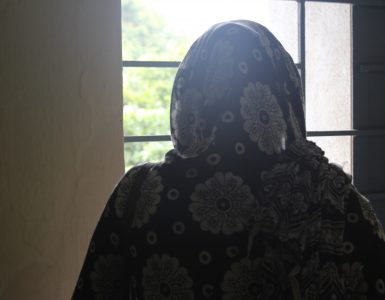 “They Abandoned Their Child Because I donated her my Blood”

An infant was abandoned by her parents because Rekha, a transgender donated blood to her. They left the baby in front of Rekha’s door and never came back. Rekha adopted the baby and raised her. Rekha’s story is not new...