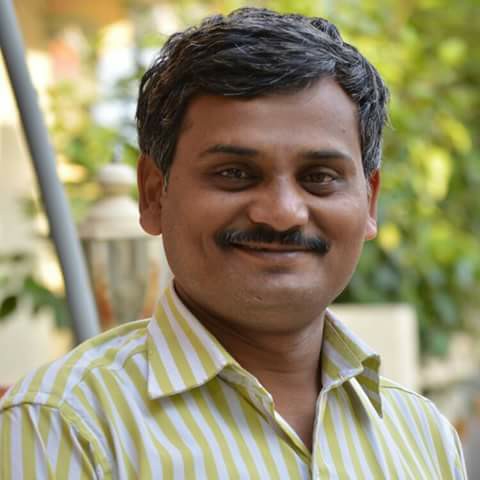 He came to the city with no money, today he is one of the most talked about rural innovators in the country

A man comes to a city with no money, job or plan. A few months later, he becomes the next big thing. The story sounds like straight out of a movie. But this is not a fictional story. One man has turned this “movie-like” story into a reality.

Meet Girish Badragond, a 36-year-old school drop-out from Bijapur, Karnataka. He came to Bangalore in 2006 with a laptop, a wireless router and one-way bus fare. He had no plan except for the desire to succeed in his life by creating amazing devices. And soon his desire was a reality. In just a few years, he became a renowned innovator and a partner in a fast growing technocrat proprietary firm, Santepp Systems.

Girish hailed from an agricultural background, but always had a keen interest in technology. He started experimenting with machines ever since he was a child. Though some personal and financial reasons did not allow Girish to pursue higher education, but he showed signs of immense talent during his short duration in the school itself.

In class seven, he started reading Electronic for You (EFY Magazine), which made him understand electronic circuits. He started experimenting on the circuits and in 1996, he made the first project of IR sensor successfully. In 2005, he collaborated with friends for a road light saver project. His friends invested in the project, but due to some reasons, they withdrew their support and insisted Girish to return the investment in cash, which Girish was unable to do. He had to sell all his equipment to repay them. This pushed him to the brink of committing suicide. However, sanity prevailed and he realized that he could still use his mind to turn around the situation he was in.

“I haven’t taken any formal education in this field. I remember when I was a kid, I dismantled my cousins watch and fixed it again,” he says.

He was in high school when he helped and did projects like making an inverter, power supplier etc. for engineering students.

One time his brothers were in urgent need of the internet to fill out important job forms on the desktop, but had no internet connectivity in their village. Girish came up with a simple solution using just his mobile phone. Back then, smartphones were not in existence and did not have mobile hotspot options. Girish put his simple Sony Ericsson phone into a vessel and tie it on a stick 20 feet high. Then, using Bluetooth option he tethered the internet and made it available on the desktop on the ground floor.

Such simple yet innovative ideas have always been Girish’s plus point and he wanted to use his ideas to solve larger problems of Indian farmers. This is when he decided to move out of his village and shifted to Bangalore.

“When I moved here, I had no money. I worked in a hotel and stayed with my friends for a few days. To earn some money, I enhanced my router with the help of an old DTH antenna and sold the bandwidth up to 10 kms,” he recalls.

This was just the beginning of his amazing career ahead. After some time he got support from NABARD and National Innovation Foundation (NIF), which helped him start Santepp Systems with other partners. He hasn’t looked back since then.

Out of his several innovations, one which stands out is Borewell Scanners. The idea incepted in his mind when he witnessed a shortage of ground water in Bijapur in 2006 after poor and sporadic rainfall. The bore wells failed to show any ground water. The farmers were in dilemma to install motor pumps or not at their bore wells. Girish tested the water presence in different places using manual sound reflection. He realized that there was a need to see the problem from inside the dug bore well. He experimented with a normal camera to scan the bore wells, but could not succeed. Then he looked out for solutions and found that the bore well scanners available are too expensive and not easily available around his place. He wanted to make a multi functional device, which can check stones blockages, water inflow and outflow direction. The device that could also withstand underground conditions like pressure, temperature and can be monitored from a remote place. This triggered him to design a bore well scanner system.

His device worked wonderfully and soon he was scanning bore wells around his village, taluka and other places. Gradually he started providing his services to several hundred customers spread across North and South Karnataka.

The bore well scanner is a low cost automated capsule shaped bore scanning device, which detects ground water availability, its pressure, and temperature. In addition to these features, it also measures inflow/outflow rate and direction of groundwater. The scanners have flash along with 180-degree rotation in horizontal space. It also has a High Definition camera, digital compass, temperature and pressure sensors, flow and depth detector, GPS device and a LCD screen to display the assessment results. It weighs about 1.5 kg and can scan the bore well up to a depth of 600 feet.

The device can also click pictures and help the farmers in making informed decisions about going ahead with installation of motor pump and the kind of crop to be sown.

“These scanners can also help in identifying unused bore wells and get them closed to avoid many accidents. Many children have fallen into open bore-wells and have lost lives. All these harms can be avoided with the help of these bore-well scanners,” he says.

The device costs about Rs. 1,80,000. Girish has sold one such device to Raichur University and one in Tumkur. He takes about 30-45 days to manufacture one scanner. He currently has two to three such ready devices with him.

Yet another useful innovation by Girish is a Micro Irrigation System. This one-of-its-kind device helps farmers to operate the pump sets and irrigation valves from remote places without physically being there.

The innovation regulates the flow of water and irrigates the plants according to their water needs resulting in minimum wastage of water.

Solar signals are inserted into the soil at various places. These sensors send a signal to the unit, which automatically turns on the motor for water flow and turns off after the requirement is fulfilled. The device can also be operated through an Android app.

“Some traditional irrigation systems like drip irrigation etc. sometimes spoil the crop due to excess water. This feeds water according to the crops’ need,” says Girish.

The device is available in various versions. It can cover over 10 hectares of land. Smaller versions, which cover about two-three acres are also available. The cost of the device is Rs. 1.5 lakhs and Rs. 25,000 respectively. He has sold about five to 1 such devices.

Apart from these two successful devices, Girish has a few more successful innovations under his name. One such innovation is a Bird Repeller, which creates several noises to repel the birds from spoiling the crop. The innovation is one of the very successful ones. He has sold over 100 such devices and he claims that this device has resulted in saving 90 percent of the crop.

Girish gives the credit of his success to his supporters and organizations like NABARD and NIF. The organization not only identified his potential at an early stage but also helped him expand his work. He was given a state award by NIF for his commendable work. They have also suggested improvement from an instrumentation point of view to refine it further.

“Although education is an important part of life, but it is not the only reason behind success. One can do great things with dedication and passion,” says the proud innovator. 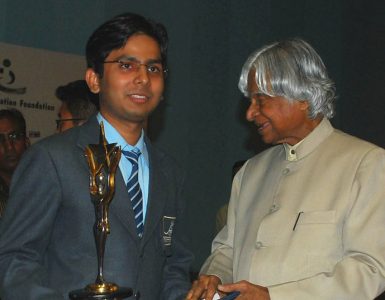 When a 12-year-old simplified the cooking process

What does one expect from a regular 12-year-old kid? That he’ll attend school, finish homework, play with his friends and do other things that kids of his age do. But, did we say Abhishek Bhagat was a regular kid... 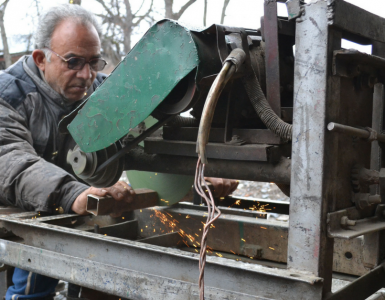 Abdul Rahman Sheikh is a 55-year-old mechanic and blacksmith. He would often spend several hours cutting iron sheets and grills in his workshop named “Shahbaaz Steel Hard Works”. The process was tedious and time...